Hips and Lower Back Pain

Hips and Lower Back Pain.

Learn about techniques you can do at home to release tight muscles of the hip, specifically the glutes, piriformis, the deep hip rotators and of course iliacus.

Learn at home with former chronic back pain sufferer

and host of the Back Pain Liberation Podcast

Click the play button to listen to this episode now

According to physical therapist and author of Tight Hip, Twisted Core: The Key To Unresolved Pain, Christine Koth:

“When the iliacus and the psoas are tight, they play tug of war with the back of the hip.

So that’s the glutes, the piriformis, the deep hip rotators and those muscles have chosen to also contract oftentimes as a result of iliacus and psoas being tight.

So we want to release, not just the front, but also release the secondary effect of that which is tightness in the back.

Really using a ball to put prolonged pressure on the muscles that are to the side of your tailbone will help with that.”

Low Back Pain Exercises to Avoid

We also cover the types of exercise you want to avoid if you have back pain and tight hip flexors, such as deep lunges and deep squats among others. 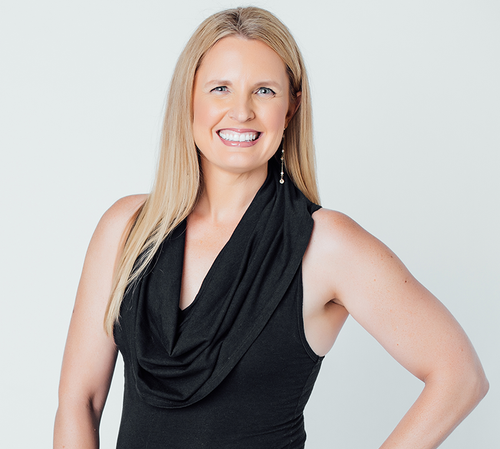 Yoga and Back Pain

You will learn the serious problem with Yoga and the way it is taught these days, in the Western world, and how to make sure that if you do practice Yoga, you do it in a way that helps your back pain rather than puts you at risk of injury.

of the Back Pain Liberation Podcast

Back Pain at Work [Don’t Overlook This Common Cause]

Back pain at work. Don’t overlook major cause of work related back pain. Tips and tricks to reduce work stress | Podcast BPL34

Anxiety and Back Pain [Book Giveaway]

Introvert vs Extrovert [Why Your Personality Type Matters]

Find out why your personality type is important. Introvert vs extrovert. Recognise and cope with demands of your social environment | Podcast episode BPL33

Learn what muscle knots are & the best way to treat tight muscles. Pregnancy back pain and hypermobility. How to test for anterior pelvic tilt | BPL42

Back Pain from Driving

Back pain from driving with Abby Beauchamp author of Reverse Button. Download free guide: How to Avoid Back Pain from Driving | Podcast BPL30

BPL7: How Cathryn Jakobson Ramin Trains to Beat Back Pain

Cathryn Jakobson Ramin talks about core training myths and mistakes to avoid. Find out her approach to training a strong, functional core and beating back pain. Podcast links and show notes.

BPL9: Lack of Motivation to Exercise

Lack of Motivation to Exercise. Tips and tricks to get motivated and get training from the creator of Moving Stretch, Suzanne Wylde and host, Iain Barker. Also back pain prevention, mind-body connection and resistance stretching.

I got back pain young and it got worse over time. Like many others in this situation, I saw plenty of doctors and therapists – all to no avail.

In the end self-help worked best – it often does for bad backs. Now I train regularly, focus on what works, and don’t get back pain.

My goal is to share what I learned. To help you find a more effective way when treatment doesn’t hit the spot.

Quote of the day

Which sportsman, holder of a congressional gold medal, who was featured on a £5 note issued by the bank of Scotland, said:

When I want a long ball, I spin my hips faster

Answer at the end of today’s show.

Do you have issues with hips and lower back pain? Maybe you dealt with this problem in the past? What helped you to live pain-free? To share your experience:

To help out the show, click a link to iTunes, Stitcher or TuneIn:

Thanks to Christine for joining me this time.

This website is for your information only. Consult your own doctor for medical advice.

Any guests express their own views and no endorsement  by the Back Pain Liberation Podcast is implied.